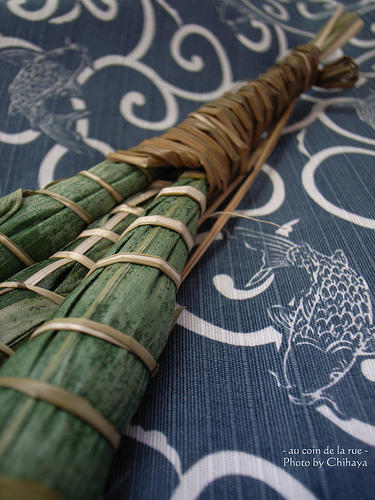 Building a brand, product or an idea is like raising a child. You need to nurture and protect it during its early days and slowly set it free to grow. Sounds simple and obvious? Trust it me it’s not, at least for most people.

I’ve seen numerous cases of product(primarily web) founders, small businessmen and more falling into the trap of holding their product/business/idea too close to their hearts to let it grow, grow beyond them. Things are quite easy (in this context) during the initial stages with people putting their blood and sweat into their business and helping it stand on its feet and start walking. The real problem occurs in the next stage in which the business needs to start running not just walking.This is the stage where all sorts of conscious and unconscious forces come into play that tend to prevent the owner(s) to from letting their business/idea take the leap.

During the initial phases the business/idea is known more by the people behind it, both are synonymous with each other and that’s all that there is to it because the business is mostly driven by it’s promoters/founders, it’s known mostly in the promoters’ circle of friends  and is yet to grow and have an independent existence of it’s own. Once the business has firm grounding and more people start nurturing it directly or indirectly the pace and scope of its growth depends on how the core group of promoters loosen their strong ties with it.

Essentially it’s all about loosing the tight control and dependency that once the business had on its promoters because these factors now become the limiting force in its growth. The conflict that thus arises is a peculiar one in which the promoters still want to be involved as much as they were some time back in almost everything related to the business, while the business itself strives to outgrow its promoters. This is the stage where like a growing child the business needs to venture out, meet new people, develop new relationships, try new and different things not necessarily within the scope of its founders, in short this is the stage where the business needs to start getting a life of his own.

For some businesses it might mean raising funds, for some it might mean getting more people on board (not necessarily as employees who merely execute the promoters plans/ideas) and outsourcing a part of your business to someone else. The idea of loosing control is what troubles most promoters but the hard fact is that in order to make your business grow beyond you, you need to loose some control and this is what smart people realize.

The goal rather than trying to have your business as integrated as possible with its founders should be to let it loose as early as possible as only then the business can have a life of its own and it can grow into something big, much bigger than its promoters.

1 thought on “Are you holding your business too tightly to let it grow?”