I’ve been wanting to write this post for quite a while now, glad this long weekend gave me enough time to finally sit on it.

A lot has changed since I started working on Dial-a-Book some 2 years or so back(then part time though). Back in Q4 – 2009 e-commerce was quite nascent and VC funding for it was not even half as common as it is today. There were just 2-3 online bookstore or e-commerce sites that looked like they could go anywhere and every week a new online bookstore was being launched. Indiaplaza was probably the most popular one.

All these existing and upcoming online bookstores were pretty much doing the same things, building a half decent website, listing a lakh odd books and giving heavy discounts in hopes of wooing the online audience. Two years into it, a couple of the popular sites at that time have grown enormously, another couple new sites have emerged and attained very good scale  and almost all the remaining ones have either shut down or are doing just well enough to sustain the owners.

I’ve always been a price conscious book buyer with likings but hardly any loyalty to a bookstore.  I remember when i first discovered Midlands who offered me 20% discount on all books how I moved almost all(leaving a few impulse buys here and there) my book purchases to  them. Kinda same thing happened when I discovered the desi online stores, the fact that they offered even more discounts and could home deliver(for free) almost any book in a few days time was a good enough reason for me to move all my book shopping( a few books/month on average) to them.

Back then I was one of the only few people in my circle to buy books online and almost none of my friends/colleagues had much clue about the online book buying scene. The booksellers on the whole turned out to be surprisingly unaware of the developments in the e-commerce(mostly book selling) space.  They hardly had any idea about online bookstores and those who did were quite dismissive of them by saying ‘Such things work in the US not in India, here people want to touch and feel before buying’, ‘These online sites give too much discounts, they can’t last long’.

Circa 2011,  the same bookseller is now offering a recently released book by Amish Tripathi at 1/3rd discount, which is just 3 Rs more than the price (Rs 192) at which it is being sold at most online bookstores.

So what changed? More importantly, what led this change?

Giving a 33.33 % discount on a newly released book would have been unthinkable for any bookstore, especially the ones which sells 200+ copies of each new release every month with a standard discount.  But now the whole game has changed, today’s reader is exposed(and addicted) to heavy discounts, highly efficient and user friendly customer experience and the only way to survive is to offer competitive pricing coupled with widest possible range and great overall experience. Gone are the days when the booksellers used to decide which books to import/stock, how to price them and to procure locally available books on customer request (if at all) and take a week for it.

Every search on twitter(for a big online store) would reveal at least a couple tweets mentioning how people now browse books at landmark/crossword and buy them online. You can see the shift happening right there. 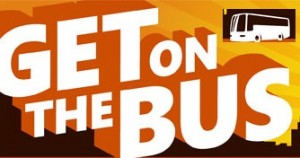 Seeing the stellar growth of some of the famous online stores a few bookstore chains also woke up from slumber and started developing and promoting their online stores. Landmark, Crossword, Odyssey et all now have online stores where they claim to offer hugh discounts  (interestingly on some books the discounts are even even more than anywhere else)

Not just this, even the smaller chains(like Sapna, oxford) and individual bookstores are online and spending money on google ads and social media to promote themselves.

Apart from these there are some publishers (like Pearson) and some distributors(like Prakash) who couldn’t resist the temptation of taking a shot and online bookselling and thus too have jumped the bandwagon and are doing their best to well, give more discounts.

Going further all the e-commerce stores which were focusing on other categories (mobiles etc) also have started adding books to their product list. In news recently was Homeshop18’s acquisition of Coinjoos

That’s not it, the grapewine has it that still more companies from different sectors dazzled by the million and billion dollar valuations of popular Indian e-commerce stores are planning to take the plunge and well start another online bookstore

Thanks to the success of round 2 of e-commerce especially for books a lot has improved on the backend i.e at the end of publishers and distributors. Lots of processes have been initiated and followed regularly at the vendors end. Most distributors now stock their data and share stock reports bi weekly/weekly, publishers regularly share information about new and upcoming releases. Most of these guys are no better than sloppy govt officials who take enormous time and effort to do things but in order to survive some of them have learned to be better organized and efficient.

A quick look at the new release section of most online book stores will put many a booksellers into depression. A new release on an average is on a 30% discount and depending on the hype surrounding it, publisher and competition it could go up to 50 % (Yes, that’s the cost which even the publishers might not give to their distributors but if you are luck that’s what a new release could cost you with free home delivery).

The logic championed first by Amazon (and thus replicated ad infinitum) is, give heavy discounts on new books to get more eyeballs/buzz and bigger volumes thus better topline and better pricing from suppliers.  Repeat.

You don’t expect a regular customer to understand(or bother with) all this but seeing massive discounts on the online portals make them feel that there’s a huge margin in books and as if all this while their neighborhood/favourite bookstore chain was ripping them of by not giving as much discounts.

Though as a customer this would have been a dream come true for me but being on the other side of the business I too am surprised at how its working for some sites. You can now order a 95 Rs chetan bhagat book for Rs 57-60, make it two books and its free home delivery and the book is home delivered in 1-2 working days via class A courier (Bluedart if you are lucky).  It doesn’t leave much to imagination that no one, even the publisher can possibly make any money in these transactions.

A lot of small booksellers ask me “How can online sites give this much discounts when the big distributors themselves don’t get as much discount from the publishers?”

The answer more often that not lies in the fact that most sites are not focusing on making money on these transactions here but on just getting more customers. With  millions of $’s in VC funding the formula is simple

However in all this merry making of deep discounted prices there’s a catch.

For every 5 or 10 super cheap transactions there’s 1 transaction on most popular online bookstore in which the customer ends up paying price more than the its price on a bookstore of at times even worse paying more than the MRP/MRP for Indian Market.

‘The Goddess In India: The Five Faces Of The Eternal Feminine’ by Devdutt Pattnaik (ISBN: 9780892818075) is one such title. I personally bought a few copies with Rs 395/- sticker on them and on checking online the same book (picked from the same source because I can compare the delivery time on the site) being sold for almost 4 times the price.
A possible trick here could be: Stock a few copies as per the local market MRP of book which is scarcely  available, once the copies at suppliers run out, sell them at international market MRP and deliver them in 2-5 days (because its in your stock).

Such cases are more common in categories other than general books/novels, especially where chances of price comparison are less. This is clearly a minority case

This is kinda similar to what a popular bookstore in Delhi does with their super discounted sales. Buy books as per local market MRP(which is easily half or less than the international market MRP) and then sell it on the MRP pretending it to be on heavy discounts . Ex: A book with local MRP of Rs 350 is being tauted as being for Rs 1200 and after 70 % discount it comes to be for Rs 350/-. So the customer ends up paying the local market MRP (no discount at all) but might think he saved 70 % and got a great deal

Going online one can leverage efficiencies like just in time inventory, virtually unlimited list of products, pre-orders etc which in itself offers a significant advantage over traditional bookstores but selling books with -ve margins, plastering the internet(or TV) with your ads is something that cannot be competed against.

I’ve heard of some booksellers and publishers taking up this issue of excessive discounting with online bookstores and they apparently have made some progress like this popular publisher of general books has told one big online store to not offer more than 35% discount on their new releases. For every big publisher that is able to get their concern heard and acted upon there are five smaller publishers that are given a choice to shut up completely or face de-listing from the site all together.

Having said all this I feel the time has arrived for every bookseller to re-think their way of doing business and figure out how are they going to sustain themselves in these times where their much bigger and deep pocketed competitors are willing to do anything that it takes to own more customers.

And if you are beginning to start an online bookstore(e-commerce store if you will), you better have a really well thought out execution and funding plan.