Last month I was interviewed for a small video feature that covered 3 booming economies India, Brazil and China. Here’s the link to the video feature. 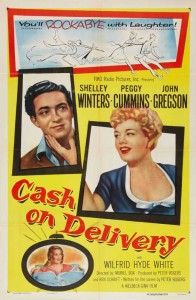 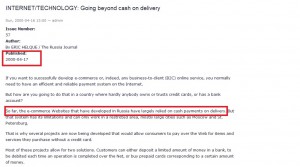 When we change the way we communicate, we change society – Clay Shirky

Amongst the things that’ve changed since the advent of social software/social media is Activism. The ease with which new groups can be formed and action coordinated among its members, has changed the face of Activism completely to Activism 2.0 as we call it. Except for starting and end points everything has changed and changed drastically. Here’s a really old news item about online protest. Consider these examples of Activism 2.0

Second Life Strike Against IBM: One month after a virtual protest staged in Second Life with almost 2’000 avatars demonstrating on IBM islands, a new contract with IBM Italy has been signed.The new agreement, which still needs to be approved by the IBM Italy workforce, reinstates the performance bonus that was cut unilaterally by IBM Italy management.

Mass Virtual Suicide in China to Protest Game Limitations: A group of World of Warcraft players in China committed mass suicide. They wanted to draw attention to the latest restriction on their liberty: The same government agency that censors newspapers and bans books had just mandated a system of disincentives to limit the number of hours per day they spent playing online games. In the aftermath of the public outcry (and virtual die-ins), the Chinese government announced that adults could play MMORPGs for as long as they like.

These are some of the cases of Activism 2.0 but they give you a sense of the scope of this sort of activism and the possibilities that it has. A few years who would have thought a virtual mass suicide would have got even noticed, let alone letting a goverment to change it’s policy ? or who would have thought you could arrange a real protest involving millions of people withouth ever meeting them in real life before ?

The activism isn’t just limited to serious/political stuff, a quick search of facebook or social network of your choice will lead you to lots of things like petition to get McDonalds to do deliveries, or petition to get K.F.C to do door deliveries.
The possibilities with social software are immense and the pace at which their usage is spreading, further increases their scope, but what is it about the tools that really puts Activism 2.0 way ahead of its predecessor ?

Ease of group formation: Getting people together hasn’t been easier. Thanks to social software people can get together a lot easily and faster. Unlike in real life where a lot of effort, time and resources are needed to spread the word and get people together, with web the cost(time, effort and resources) is minimal.

Critical Mass: Due to the popularity of social software(Flickr,Wikipedia,Blogs etc) the available audience is hugh. You just have to start doing the right things and in no time you can reach out to people who can relate to your cause.

Sans Frontiers: Not limited by geography is another positive aspect of Activism 2.0 which makes it highly likely to spread to other areas where it would haven’t reached or took long to reach had it being an offline initiave.

Visibility: Unlike in it’s early days the disconnect between online and offline worlds is a lot less so a purely web phenomenon isn’t restricted to web only and starts spreading in offline world. The huge possibility of transition to real life is also an incentive to start with virtual protest.

Here are some the commonly used tools for Activism 2.0

So what do feel Activism 2.0, how do you see it changing in times to come ?