Two years after purchasing I finally decided to give “Zero to One” a read & totally loved it.

About four years back I came across Blakemaster’s notes from Theil’s Stanford class and was totally blown away. A lot of the content in the book is from these notes.

Sharing some things from the book that stood out for me

Zero To One:
For the uninitiated, loosely speaking creating new technologies/ways of doing things is “0 to 1” and just replicating what works/doing incremental improvements is “1 to N”.

In a world where technology creates an extreme leverage, it is much better to do “0 to 1” than “1 to N”. The “Zero to one” approach helps you in thinking bold and trying to solve bigger/non trivial problems. Successfully solving hard problems in most cases can lead to supersized returns.

Brilliant thinking is rare, but courage is in even shorter supply than genius.

Contrarian Thinking:
You get outsized returns for being right when the consensus is opposite to your thinking. The suggested way to get there is to
a) Think for yourself — Independent thinking over opposing the crowd (just to be contrarian)
b) Question what you know — Especially question what you know about the past and if you are not reacting mistakenly about the past

Secrets and Business:
Being contrarian in business is akin to uncovering a secret. Secrets(difficult to figure out) are different from Mysteries(impossible to figure out).

Great companies can be built on open but unsuspected secrets about how the world works.

Very few people take unorthodox ideas seriously today, and the mainstream sees that as a sign of progress.We have given up our sense of wonder at secrets left to be discovered.

You can’t find secrets without looking for them. Belief in secrets is an effective truth. The actual truth is that there are many more secrets left to find, but they will yield only to relentless searchers.

Great companies have secrets: specific reasons for success that other people don’t see.

Competition Is For Losers:

Competition and Capitalism are opposites.
Competition can make people hallucinate opportunities where none exist.

While competition might be good for consumers/supplies it definitely isn’t the best for the competing players. Monopoly businesses on the other hand (except when they purely act as rent collectors) by virtue of having higher margins/profits can afford to plan for long term and drive progress by innovation.

Who is likely to innovate more? Amazon/Google or say Lenovo/HP (PC space)

Only one thing can allow a business to transcend the daily brute struggle for survival: monopoly profits

Every monopoly is unique, but they usually share some combination of the following characteristics:

Brand, scale, network effects, and technology in some combination define a monopoly; but to get them to work, you need to choose your market carefully and expand deliberately. Proprietary Technology can lead to the strongest form of Monopoly while Brands are the weakest form of monopoly and only work well for long in a few cases such as Pepsi & Coke.

If your company can be summed up by its opposition to already existing firms, it can’t be completely new and it’s probably not going to become a monopoly (Think of a 10X better product/technology)

Running Startup as a Cult: While the popular answers to the question “What would the ideal company culture look like?” could include perks such as Foosball/TT tables, mac for everyone, open work hours etc Thiel calls them out for NOT being substance. What matters is

The opportunity to do irreplaceable work on a unique problem alongside great people.

Some commandments from Thiel in this regard include
a) Hire people who are talented, but even more than that they should be excited about working specifically with you.
b) You’ll attract the employees you need if you can explain why your mission is compelling.
c) Everyone should have a shared understanding of the world and your company’s intended position in it.
d) Defining roles reduces conflict. Everyone is responsible about one thing and everyone else knows about that one thing.

A Framework For The Future: Thiel offers an interesting lens to look at the future.

An indefinite pessimist looks out onto a bleak future, but she has no idea what to do about it.
A definite pessimist believes the future can be known, but since it will be bleak, she must prepare for it.
To a definite optimist, the future will be better than the present if she plans and works to make it better.
To an indefinite optimist, the future will be better, but she doesn’t know how exactly, so she won’t make any specific plans. She expects to profit from the future but sees no reason to design it correctly.

We cannot take for granted that the future will be better, and that means we need to work to create it today.

Thanks to Saloni, Navneet for reading the drafts

Starting this series of posts, let’s see how long it lasts 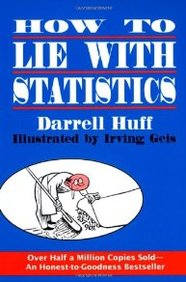