Hiring is undoubtedly one of the hardest part of doing a start-up.  Getting the right set of people to work for you is easier said than done and almost every start-up  founder is  in ‘always hiring’ mode.

Despite the fact that there are a lot of cool(and many funded/profitable) startups  run by some really smart folks with a vision, they are unable to attract/find the right kind of talent and end up with mediocre to bad hires. 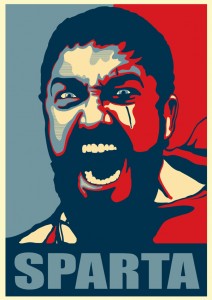 Given the dynamic nature of a start-up the last thing founders want is to hire somebody who isn’t sharing the same vision, thinking on the same frequency(macro level) and walking the same path. Not only are bad hires bad for the roles they are hired for, they are terrible for the company culture in general and set the barrier low for other/potential hires and might just end up setting the company back instead of moving it forward.

As an entrepreneur you must always be thinking about iterating the hiring process and make sure that even if you move to other bigger things, the people who take hiring calls must be on the exact wavelength as you and should not hire people just to fill roles. You MUST make sure that the person who is in charge of hiring should be A class her/himself and is always thinking on how to get incredible people on board and also how to make the workplace best suitable for brilliant people.

I’m particularly rigid about hiring great people and feel very strongly about it as I believe a bad hire can actually undermine the speed and efficiency of one(or more) good hires. Not only will they take up time, they will leave you with bad aftertaste which will last for a while, so it is best to hire people who will not just be at par with your expectations and company culture but are likely to take things to the next level. 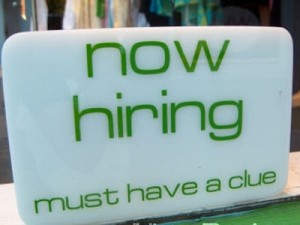 Formula for a Great Hire

Great Start-up Hire =  Smart + Passionate + Committed to your cause

So you should evaluate your hires for these 3 parameters, the ways you choose could be different but it is critical to evaluate them on all these parameters. A fancy yet apt term for some such hires is “Entrepreneurial Lieutenants”. These guys are what I call “Mini-CEOs” who take complete ownership of their respective divisions and run the show mostly on their own. A major thing that I look for is “compliance”, it is very important to make sure that people start following what you tell them almost immediately. Anybody who doesn’t take this seriously won’t last for me.

Some of the ways which I use while hiring are

Another great thing about committed people is that they think “Long Term” which is a huge differentiator. The sheer fact that someone is thinking of spending the next 3-5 years (yes, it’s as long term as it gets in most startups) or more implies that they’ll be motivated enough not only to do their job well but also go out of the way to do things that’ll help the startup become better in various other aspects for which they might not be directly responsible/accountable just like we all do things for our family or friends where we are emotionally invested.

It is painful to see start-up’s not thinking about hiring hard enough and making sure the right hires are given all the freedom and autonomy to weave their own stories. I like how @tarunmatta puts it, if someone would to write a story on your start-up who do you think would be the key characters (except you) ?

If the answer is none or 1-2, you have a huge task at hand. You need people to build upon the vision and spread it along with you. These people are the ones who would be almost as sensitive or paranoid about the big and small things alike and would spend endless hours obsessing about problems your startup is trying to solve and how to come up with beautiful solutions.

I know enough founders who are brilliant but someone haven’t been able to manage to build a great middle level management (for the lack of a better/startupy word). You need driven people who will manage various aspects of the business and relieve you of your routine tasks so that you can solve higher order problems. They will also help in making sure your vision/company culture is embedded in the team at large. Do all you can to hire these folks

If you can get someone who is smart, passionate and committed to your cause, give them enough salary to keep money out of the table for now and next few years to come. Also, whenever possible offer them ESOPs. Incidentally I haven’t heard many start-up founders talk about ESOPs but I am a big believer is offering ESOPs to folks who you think would be instrumental in charting the course of your company. ESOPs in many cases will get you more loyalty than $$ which any other company could offer and with ESOPs (however small) the employee has another reason to push the envelope harder and make sure that the company makes it big for them to benefit.

So, what do you think about ‘Start-up’ Hiring?

Looking for a quick dose of weblinks to read? Look no further, for here’s a bunch of links I read today and liked. Let me know how you find them

Looking for something interesting to read? I read the following links(and visited websites) today and liked, you might want to read them/check them out