At the starting of this month I noticed a new option while creating a Facebook Fan Page and I wasn’t quite sure what was going on and what to expect next. It was yesterday when I stumbled upon this

that things started to fall into place. The info of this page (Electronics and Communication Engg. IIT Guwahati) reads

Our goal is to make this Community Page the best collection of shared knowledge on this topic. If you have a passion for Electronics and Communiation Engg. (Indian Institute of Technology Guwahati), sign up and we’ll let you know when we’re ready for your help. You can also get us started by suggesting a relevant Wikipedia article or the Official Site.

Guess that says it all

So while everyone happily takes care of the content and discussions, facebook sells the ad space at a premium to advertisers and earns $$. That’s not it, to facilitate the creation of numerous community pages like the one on E &C IIT Guwahati, Facebook has started to automatically create community pages that are up for grabs and might be promoted via ads or news feeds in future.

So what do you think about this move by Facebook? Should Wikipedia be scared?

Update 1:  There’s something more to the move by Facebook around Community Pages. Apparently they’ve started re-categorizing the generic pages(non brands/company pages) as Community Pages. Here’s an email I received about one of the pages I had created a while back 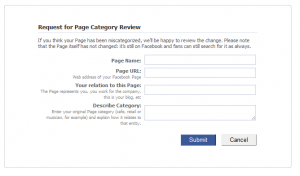 Does this move worry all those who created pages around various social objects/activities? I think so.

While logging on to Facebook for the first time yesterday, I saw this notification

As expected Facebook is indeed on a big mission to turn all the information into community pages. So now all the interests, favorite shows, books etc in my profile are linked to their respective community pages.

Another social wiki in the making 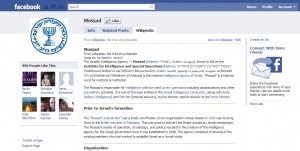 The community pages now also have a Wikipedia tab which pulls in all the information about the subject from Wiki. Let’s see how things shape up from here.

Got a mail from Slideshare notifying about a new follower. Curious, I opened the email and here’s what I saw.

If you haven’t noticed what I mean, there are two different terms being used to represent an action i.e. Follower and Contact. While the subject reads ” lindamoodbell is now following you on Slideshare” the very first line in email reads “lindamoodbell added you as a contact on Slideshare”.

So is lindamoodbell following me on Twitter oops Slideshare or has she added me as a contact ? And if they mean the same thing why are these terms loosely used for each other?

I wrote about the changes from term contact/friend etc to follower in both Scribd and Slideshare here and mentioned how exisiting users might find these changes in terminology confusing. A look at lindamoodbell’s page on Slideshare confirms this.

Not even a single mention of word follow/follower by users. While Slideshare might want its users to follow each other, its users seem happy adding each other as just contacts.

What do you think about these changes ?

I was in for a little(or is it?) surprise while surfing yesterday. I stumbled upon a blogpost that mentioned new changes with Scribd and on checking the site, here’s what I found.

Looks familiar ? You bet it does.

The latest changes seem straight from Twitter’s design books. From Tweeting err Scriblling box to follower/following it all traces it’s root to Twitter but that’s not it. Another there’s also a conscpicous attach button(in white) down left. Clicking which leads to

So now scribd users can scribble updates and also attach scribd documents(there’s or someone else’s) to them.

Reminds of Pownce ? It does to me.

A user profile page with scribbles looks like this

These are some of the efforts taken by team Scribd to make their platform more social and as mentioned in the blog post, there’s more to come.

While uploading a case study I compiled on Slideshare yesterday I happened to notice a change in their terminology too.

Follow ? Wasn’t there a different name to this till some time back ? Yes, before being followers they were contacts.

These changes are part of the new profile design change. Interestingly unlike the scribd blog post on new changes, the post at Slideshare blog doesn’t mention the change in terminology and apparently the changes aren’t mentioned anywhere else either. I couldn’t make out if there’s anything more to the ‘following/follower’ change than terminology as the functionality remains same.

So now users can follow other users from Sribd and Slideshare respectively.

At Scribd, we believe that the written word is no longer static; the next major evolution of the “print” medium will be social and readers will contribute to authors’ never-finished works that evolve over time.

As stated in the opening lines of their blog post, Scribd probably has a few things up their sleeve about the whole making ‘Scribd Social’ campaign. While having ability to post updates/scribbles and attach files should see an increase in public interaction amongst users it’s the idea of having followers and followees(for lack of a better word) in both Slideshare and Scribd that intrigues me. Friends or Contacts are NOT same as Followers and these terms shouldn’t be used loosely, especially when they have been around for some time. Also, in Slideshare’s case I particularly don’t see ANY need for this change(same goes for Scribd BTW).

Going by this reason since you can see latest photographs from your connections on Flickr, why not start the  follower/following game in Flickr too ? The point in case is simple, follower/following works for Twitter because there the MAIN activity is to subscribe/follow what other people are upto, which isn’t the case with Scribd or Slideshare(or is it ?) . You might want to know what your contacts uploaded but that’s a seperate thing and a small part of the whole thing.

Going by the fact that people on any social network want to stay updated about their connections should we just have followers and following on every social site ? Also, think from the point of view of an existing user who had spent some time on a site making contacts/friends for some time and come one day he gets to know that now he doesn’t have any contacts but he’s following the same people. I certainly wouldn’t like that abstract change. Will you like it?